REAL TALK: Businesses That Launched During the Pandemic 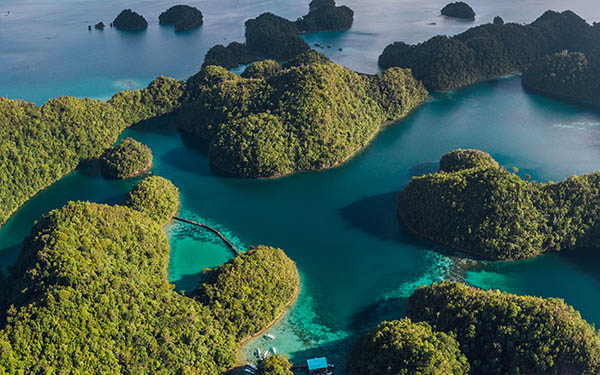 Amid the COVID-19 pandemic that have devastated the majority public and all the negativity it brings, some people preferred to look on the bright side and take the time to reflect.

Businesses and companies both international and local have either closed their doors for the meantime or worst, file for Chapter 11 Bankruptcy. Retrenchments and unemployment are back on the rise again. For some individuals, instead of focusing on the negativity, saw the chance of opportunity.

For this edition of “REAL TALK” we go international as we highlight two fathers from Davao City, Philippines with different backgrounds saw this opportunity and capitalized on it. Let us take a look at how Lemuel and Arnel, both started their restaurant and small time coffee shop from home side hustle respectively.

The Journey: From Culinary Student to Chef

After finishing a vocation course in culinary and struggling to get employed during the pandemic, Lemuel turned his lifelong passion of cooking to a business now enjoyed by locals and foodies eager to try new establishments. “It’s all about looking at the bright side.” Lemuel said in an Instagram direct message exchange as I asked him more about Tito’s just as he invited me to check the place out. With the abundant time the pandemic has given us, we can choose to bask in the negativity or use this opportunity to channel our passions into a business venture or a side hustle. Everything is two-sided and if there’s anything positive in a pandemic, it’s that time is precious and we can utilize this to our own advantage.

The Dream: Tito’s is born

“Tito” which translates to “Uncle” in Tagalog is the newly-opened restaurant right in the middle of Buhangin, Davao City. A busy and long-stretched road filled with houses, schools, banks, restaurants and different businesses both large and small as well blends in with both foot and vehicular traffic. During the pandemic, Lemuel, a recent father of a 1-year old girl realized that the local government probably had lesser than normal business registrants which means that starting a business now would be a much smoother process rather than post-pandemic when everything returns to normal. Just in time when the local government of Davao City relaxed its citywide quarantine status to General Community Quarantine, business establishments started opening gradually. Tito’s was just in time for business. Serving its specialty of “sisig”, a ground pork meat cooked to slow perfection and served with an egg, rice and a complimentary drink. Squeeze the lemon on top as you mix it with the egg and dip it in soy sauce, it’s no surprise why “sisig” remains to be one of the most popular Filipino dishes both loved by locals and flocking foreigners in the country.

The Journey: The Barista Baby

With a baby type face and features, I often like to dub Arnel as “The Barista Baby.” A single parent, Arnel lost both of his children in a short span of time. Instead of slowing him down, this fueled him to continue pursuing his passion in coffee-making. Skilled in both frappuccino and iced coffee, Arnel rose from the rank of a barista, to now being a “roaster.” From preparing coffee, he now roasts coffee beans from scratch himself. Having worked with different coffee shops in the city, Arnel had no trouble transitioning into a side hustle. The only caveat is that he cannot post and sell online due to the company policy of “conflict.” This led to a now popular Facebook page ran by his two nieces dubbed as Unbox Coffee, his preferred name of choice which is now enjoyed by locals in his hometown. If Arnel taught me anything, it’s that pandemic or not, tough times will always be there. Arnel’s loss of his children was tough to imagine and I assume it must be ten times worse than this ongoing pandemic. We can choose to mourn and feel sorry for ourselves, or we can move on and continue striving for a better tomorrow.

An experienced and lifelong barista, Arnel has worked with small time and well-known coffee shops in Davao City, Philippines. Struggling with the current skeletal workforce, he now works three times a week instead of the usual six. With that and the pay cut that comes along, the pandemic only proved to be the nail in the coffin. Boredom during the pandemic led to small businesses and side hustle traffic in local Facebook groups. Various offerings including snacks, drinks, manicure and pedicure and even massage services flourished. Arnel saw this as an opportunity since there was no existing competition in coffee. This gave birth to the side hustle of Arnel’s Unbox Coffee.

What separated Lemuel and Arnel from the rest of us was their outlook in life. Who would have thought that during this pandemic, both of their passions turned into a business and a side hustle. Whatever you want to call it, Lemuel and Arnel both found ways to earn on such challenging times. Their outlook and a more positive perspective enabled them to find a way to pursue their passion. Perhaps it’s the characteristics of fatherhood, mentally strong and resilient in life with whatever challenge they face. Both their businesses continue to thrive today especially on local pay days. Aside from being both fathers and now local businessmen, I hope their stories during this pandemic reaches fathers and non-fathers alike to look at the more positive side of things and help kick-start any form of passion may it be a business or not. The pandemic may have halted the world but each of our lives goes on! Let us learn to stop taking things for granted and utilize the abundance of time now on our hands to discover and channel our different passions in life.

To conclude this post, I wanted to end with a quote that I think resonates perfectly with both Lemuel and Arnel as fathers: “Tough times don’t last. Tough people do.” This pandemic won’t last and this will only give us the strength to endure and hope for a better tomorrow.

We will have more of these REAL TALK stories in the future which will include a variety of themes. Be sure to check back often for new content here at DadSourcing.